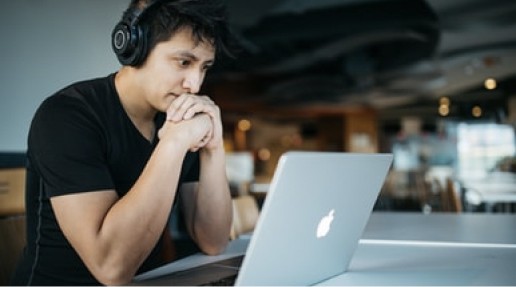 This course is offered partly online due to COVID-19

The courses that are planned for September - December 2020 will continue as planned, but will be delivered (partly) in an online format, instead of face-to-face at our training centre in Hilversum.

For thousands of years, people have told stories - created drama to express opinions and garner public opinion. Drama is intrinsically woven into the fabric of our society, from the productions that we watch on stage, to the films and TV programmes that form our opinions. In the right context, this ultimately makes it a powerful tool for social change.

“Art does not exist only to entertain, but also to challenge one to think, to provoke even to disturb, in a constant search for the truth” - Barbara Streisand

This course gives participants the theory and skills they need to craft great stories through drama. While the course focuses on video, the techniques can also be applied to radio, theatre, and literature.  The course includes advanced script-writing in which story arcs and character guides are developed. During the course, we plan the narrative from treatment to storyboard and finally shoot short-form dramas (e.g. a webisode or short film). You will understand how to tell stories and produce narratives that can change attitudes through target audience behaviour mapping techniques.

Alongside story theory, the course explores how drama can be used to teach people new knowledge, skills and attitudes. Stories can be incredibly powerful: casting minorities and under-represented members of society in a film or series can have a major impact on viewers, and ultimately change their attitudes and behaviours in the real world. Look at how many films now have strong female leads and portray stories about racial minorities and members of the LGBTQ communiyy. The world is changing, and it’s about time.

The course also introduces participants to hundreds of different formats, genres, and styles of drama, including cinema, series and web content. All this provides you with the creative techniques to tell great, persuasive stories in an original way.

Dramas conceptualized during our courses have gone on to screen at major film festivals, and have won significant awards and shown direct impact. During your three weeks at RNTC, you will develop a social change drama for a cause you are passionate about. 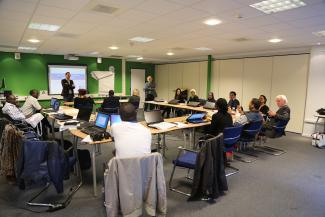 This is a 3-week course in blended format; 2 weeks online and 1 week face-to-face.

This course takes place online for 2 weeks, starting 7 September 2020, with 1 week at the RNTC Media Training Centre in Hilversum in 2021, dates will be announced soon.

Course fees include all necessary equipment

Upon graduation, you will be competent in all stages of drama production: scripting, recording, directing, editing and producing vibrant, powerful, original video drama. Outcomes include: 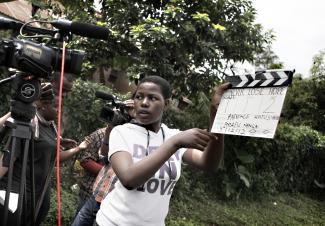 This course is for drama producers, writers and directors, and media professionals who want to move into short-form online drama production for social change.

The course is specially tailored to media professionals who want to use drama to change attitudes via channels such as YouTube.

Upon graduation, you will be competent in all stages of drama production: scripting, recording, directing, editing, and producing vibrant, powerful, original video drama. You will be able to understand the theory of persuasive storylines and start putting them into practice through dramatic platforms.

A world of options

You’ll have a world of options, in terms of genre and style, knowing which can be the most useful in tackling sensitive and taboo subjects. You will also be able to play creatively with story, idea, and format development to ensure originality in what you produce.

Among our expert trainers, you’ll find inspiring, seasoned international journalists with experience in many types of new media on different platforms. They have worked with renowned media organisations like the BBC, CBC, MTV, and RNW Media (formerly Radio Netherlands Worldwide).

Why take this course

This course gives you the theory and skills you need to craft great stories in short-form video drama. You will understand how to tell scripted stories that can change attitudes and lead to social change via channels such as YouTube, and on social and mobile media.

Alongside story theory, the course explores how drama stories mirror learning pathways, therefore offering alternatives. The course also introduces you to hundreds of different formats, genres, and styles of drama. All this provides you with the creative techniques to tell great, persuasive stories in an original way.

You will produce your own short drama for social change while at RNTC as well as develop three episode outlines for a series.

This course is geared around participants producing their own video drama production and includes all the theory and hands-on practical skills to lead towards that final production.

In week two, we learn some of the more technical aspects of producing online multimedia content:

In the third week, we unite the theory and the technical skills in creating an original, scripted drama of your very own, in a format of your choosing.

You will thoroughly plan, script and work with actors to produce a video that is aimed at creating social change. The final project will put all the theory into practice, enabling you to apply it to any topic you choose.

You have a minimum of one year’s working experience in broadcast, print and/or online media as a  drama producer, writer or director. This is also an excellent choice for media professionals who want to move into short-form online drama production for social change.

You can provide the original proof (or a properly certified copy) of your most recent educational qualification in secondary or higher education.
You have sufficient skills in spoken and written English as this is the working language for our courses.

After you have completed all the course sessions and assignments you will receive an RNTC certificate and join the ranks of more than 6000 RNTC alumni worldwide.

The selected date is not available for this course.

Whether you are a journalist, a blogger or a media manager, we have the courses to fit your needs. RNTC offers courses in Hilversum, the Netherlands, and in-house courses around the world.

We also provide tailor-made training for media organisations and non-governmental organisations. RNTC prides itself on being innovative in both subject matter and method of delivery.

RNTC was set up in 1968 as a joint initiative of RNW Media (formerly Radio Netherlands Worldwide) and the Dutch Ministry of Foreign Affairs. Over the past 50 years, RNTC has gained invaluable expertise in delivering courses to media professionals around the world.

Are you ready to take your career to the next level?